Helping is what we do

And What We Have Always Done 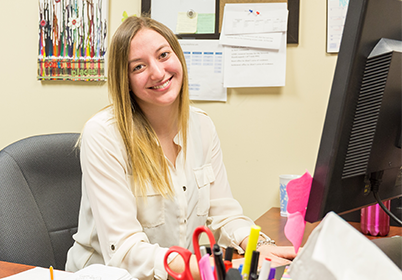 The Lakeland Centre for Fetal Alcohol Spectrum Disorder (LCFASD) provides cost-free programs and services in the Cold Lake, Bonnyville, St. Paul and Lac la Biche areas, as well as on First Nations and Métis Settlements throughout Alberta. LCFASD is a registered not-for-profit society with the province of Alberta and a recognized Charity in Canada that is governed by a nine-member Board of Directors, including the Executive Director.

We are committed to providing the highest quality services to persons affected by FASD, including children diagnosed with FASD, their families, schools, employers and community agencies.

The link between drinking alcohol during pregnancy has been known for thousands of years- there’s even a reference to it in the Bible (Judges 13:3-4 if you want to look it up). Despite this it wasn’t until 1973 that Fetal Alcohol Spectrum Disorder was recognized as a specific disorder, and even now that most people know that alcohol and pregnancy don’t mix it remains a problem.

We envision a region with no new FASD births and where currently affected individuals are well supported.

To establish and ensure that accurate information about Fetal Alcohol Spectrum Disorder (FASD), and effective prevention, diagnostic and support services are available in the Lakeland area.

In 1994 the Lakeland Fetal Alcohol Syndrome Regional Committee was formed and hosted a conference on FASD. Over the next few years, this group continued to learn about FASD, developed prevention campaigns, resources and training presentations, and hosted a dozen conferences. As their understanding of the disorder increased, it became clear to committee members that a solution to the problem of FASD was needed in the Lakeland area.

In 2000 the committee sent a team to Seattle to learn about the University of Washington’s DPN model of diagnosis. When they returned, the committee worked with the community to establish diagnostic services in the area. At first, the initiative was made possible solely through in-kind contributions. Later, when money was made available through an Alberta Health and Wellness Innovation Grant, the Lakeland Centre was born. We’ve never looked back!

In 2010 we received the generous donation of a local building, and spent the next two years in a constant state of flux! In addition to expanding our services, we renovated the main floor for our offices and created a residential treatment setting for expectant women on the second floor! The 2nd Floor Women’s Recovery Centre is a 9-bed residential treatment facility and opened in June of 2012.

- Mothers To Be Mentor Supervisor -